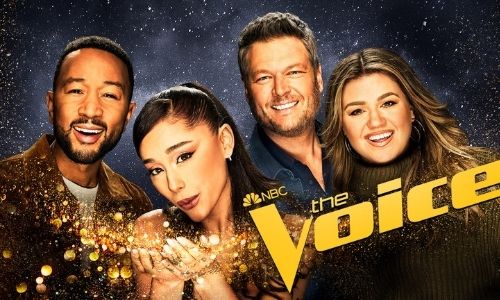 This ultimate music lover’s package is your chance for you and a guest to be in the audience during a live or taped episode of The Voice in Hollywood! Be there when coaches Ariana Grande, Kelly Clarkson, Blake Shelton & John Legend curate or coach their teams to victory in this four-time Emmy Award-winning musical competition! Then make your way to Healdsburg with three guests for a VIP experience
at a Rodney Strong Summer Concert of your choice. With past headliners like Alanis Morrissette, Rick Springfield and the Beachboys, you can’t go wrong with this iconic summer series!

Airfare, hotel and ground transportation not included. The Voice episode may be live or taped; the event will occur no earlier than June 2022; tickets are subject to the production schedule and to audience accessibility (which may be restricted due to network requirements, COVID, or other issues). Rodney Strong Concert Series valid for 2022 season. Fair Market Value: $2,456.

V Foundation events are managed by Don’t Ever Give Up, Inc., a 501(c)(3) charitable supporting organization formed by and operated exclusively for the benefit of the V Foundation for Cancer Research.